Registration for 2023 Camps is open!

You are invited to a retreat to rest in your presence and power.

Here's how we see things right now: Uncertainty reigns. Wherever we live, we are guiding our businesses, people, and lives in unmapped territory.

Volatility is the new landscape. Relationships and identities can shift daily.
So can businesses, communities, and entire landscapes.

Come to Philosophers Camp to meet our times by activating and anchoring your center, tossing what you think you know, awakening deep wisdom and discernment within you, and forming resilient and masterful ways of being.

The invitation? Transcend who you know yourself to be who you really are.

Register by February 28 and receive a ticket to attend a half-day online Rejuvenation Retreat on March 9! ($249 value)

What All Philosophers Have in Common

Philosophers Camp graduates come from all walks of life and have three powerful traits they all share. Is this you, too?

(Raising your hand like mad right now? Book a call to explore coming to a Camp!)

Sample the vibe of Philosophers Camp! 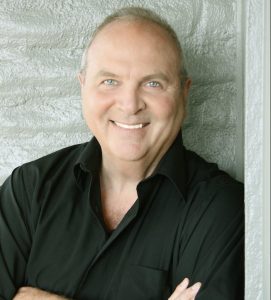 “I got to be quiet and examine my whole life trajectory. My experience at Philosophers Camp was forever life-changing, to say the least. I got intimately and deeply reacquainted with my soul’s purpose. I let go of a lifetime of grief and loss. I changed careers! I’m now fulfilling the soul and life mission for ME as an artist provocateur. I’m forever thankful for Christine's Philosopher’s Camp mission and her wonderful team.”

Here is what you can expect at your Philosophers Camp

Come to restore and rejuvenate.

It can be scary to slow down and feel. We've been there. We see you.

“Philosophers Camp is for you if your body literally needs to come and receive from the land, be inspired, and grow your vision. It’s not a cookie-cutter workshop in a city hotel somewhere. You can only get this from the mountain in a loving, supportive container. I was utterly taken care of, and that in and of itself is a huge gift!”

Philosophers Camp creates brain space and receptivity. Learn an Inner Positioning System (think of a GPS or Global Positioning System) that provides a holistic approach to thriving in all aspects of your life. This tool is nimble, perfect for external and internal processors alike, and grows with you. 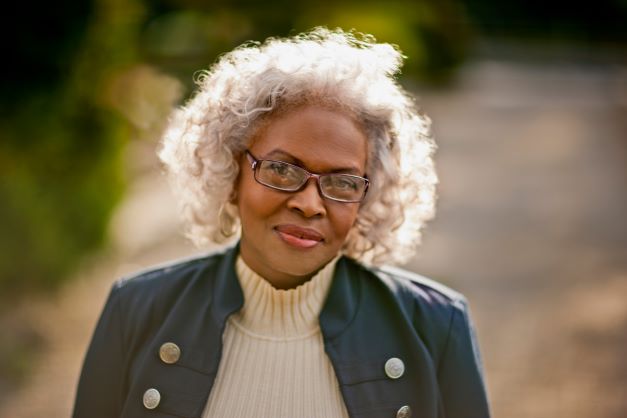 Come because it's safe.

Leaders are messy; it comes with the territory. We have stuff to work out at every level of evolution. That never stops; welcome to being human.

How do you get the support, camaraderie, and advice you need? This is a problem in leadership circles.

Philosophers Camp is a rare place where your challenges are seen with total acceptance. It is a sanctuary where leaders widen their trusted circle, and forge new relationships with confidantes, allies, and playmates.

With all of this global chaos swirling around us, it is imperative that we, true bearers of change, come together with one million points of profound, heartfelt love and light. Philosophers Camp got me into my life's real mission. Thank you for changing my life forever!

Book a Call with Christine

“It’s about renewing yourself, creating space where you need space, and filling up what you need to fill up. I took home not only a “me” that was filled up, but “over-full,” so I brought that to my team, and we created things new and fresh that wouldn’t have happened before Philosophers Camp. I have come back every year since 2018; this is life-changing and just spectacular.”

I have to be there.

By the end of this journey...

You understand what it means to be in mastery at home, at work, in your mission, and your life.

Lingering temptations to play small evaporate. You are confident in architecting & creating with your superpowers and the gift you are to those you know ~ and those beyond your knowing.

You can now truly inspire others.

The fruits of this journey will touch family, colleagues, clients, communities, and beyond for years to come.

Note: You may add a "night of freedom" for the Monday night of your Camp for $150!

Want the convenience of a payment plan? Our team is happy to work out a multi-month schedule that works for you. Please email Support@PhilosophersCamp.com or ask Christine about this during your call. Before registering, please review the full terms and conditions here.

Philosophers Camp is for you if:

Receive more details, invitations to information sessions, samples of meditations, and video snippets of prior Camps. Take the time to see if this is for you.

Asa Adirondack is a five-star, rustic luxury lodging experience that is a sanctuary for your soul.

The setting in the pristine Adirondack Mountains of New York State nourishes body and spirit. The expert concierge team is known for the pampering they provide.

Explore the forest, take a contemplative walk, peer across mountain vistas, and fall asleep to the bubbling of Kibby Creek.

Slip out for a star bath and glimpse the wonder of the Milky Way. The nearest big city is so far away that the starry nights are mind-bending and heart-opening.

Philosophers Camp has its roots in a historic camping trip from 1858 and is intentionally set up to be a glamping (glamour camping) experience. Whether staying in a tent, a historic cottage, off the grid at the top of the mountain, or in an adorable tiny home, you will sleep nestled in comfort and refreshed by the energy of the mountain.

Journal in an Adirondack chair with chimes gently sounding, sketch by the Beaver Pond or relax by a crackling campfire. Slip away and nap in a hammock tucked in a grove of shimmering trees after a deep massage.

August is an amazing time to be in the Adirondacks. Sunshine floods the land, flowers and herbs are all around, the air is fragrant, the days warm, and cool nights foster great sleep. (And most of the bugs are gone!)

Asa Adirondack reconnects and refreshes vital places within you.

In addition to the Facilitation and Concierge Teams, Philosophers Camp has private chefs and many volunteers that make your Camp experience hum like magic.

Christine amplifies the amplifiers. She is a “spiritual consigliere” for founders, CEOs, thought leaders, creatives, and change-makers. Simply put, she is not the Queen, she is the "Queen Whisperer."

She has 30 years of expertise in marketing, branding, PR, and fundraising, blended with 30 years of training in mystical traditions.

She is a certified death doula, walking side-by-side with Campers into the places in their soul gardens that need the most love, the most weeding. She calls forth the embodiment of presence, fulfillment, and passion.

In her early 30s, a life-changing event occurred at the Jewish Historical Institute in Warsaw, Poland. After singing a song for the dead, a profound interaction with Holocaust survivors consciously awoke the power of her healing voice.

Later, as her career skyrocketed, Christine was struck with a universal blow, thrusting her into a dark night of the soul. She emerged knowing who she is and what is hers to do: supporting others in being the "Professional Phoenixes" we truly are, always dying and being reborn to ourselves.

She is deeply in tune with the natural cycles of death and rebirth and founder of Asa Adirondack ~ Sanctuary for the Soul.

Pat comes to Philosophers Camp from across the pond in the United Kingdom. She is a Founding Philosopher, a Master Philosopher, and is an expert in The Philosophers Compass. The essence of The Priest Soul Archetype, she brings brilliant laughter and wisdom to support the experience of all Campers. She is fluent in Tai Chi and leads our movement sessions (ever done "sticky hands?")

Pat is a women’s health strategist, talk radio show host, author, and international public speaker. After over 30 years working in the public sector for the British government at a senior level, Pat rediscovered her mojo in her mid-50s and retrained as a therapist and coach. Since then she has explored a wide range of healing modalities to bring a diverse approach to her work with her clients.

Pat is passionate about inspiring women to live their lives, regardless of age.

She lives in a truly picturesque village just outside of Cambridge, England with her husband, a Jedi in hiding.

Recognized as an "everyman Shaman" and "Enlightened Redneck," he is an avid outdoorsman and has been a New York State Licensed Wilderness Guide for over 20 years.

He is the caretaker, architect, and genius driving energy behind the development of the 100 acres that is Asa Adirondack.

Sarah has been working with Philosophers Camp since 2019. Originally from England, she has a Bachelor of Arts and Master's degrees in ancient history and archaeology and is an ex -archaeologist.

She has been working with the world's slowest mammal (the sloth!) for nine years in the jungles of Costa Rica and is Director of Education and Outreach at The Sloth Conservation Foundation. Sarah loves nature, her naughty puppies, reading, and singing.

Why the Adirondack Mountains?

Philosophers Camp is held on sanctified land that offers holding and grace. Those who understand the capacity that sacred land has to bring enlightenment, healing, and power come to walk hallowed grounds wherever they are on our planet.

The Adirondack Mountains were formed by glacier debris 5 millions years ago and are 100 mountains that make up a dome-like structure. Considered a "newborn," the mountains are still growing. The Adirondacks was one of the first areas in our nation to be awarded "forever wild" status and are still pristine and remote. Walked by the Algonquin going back over 1,000 years and the Mohawk of the Iroquois Confederacy, the mountains are infused with the powerful energies of untouched wilderness.

In 1858, Transcendentalist Ralph Waldo Emerson and William Stillman led an expedition into the Adirondacks. These philosophers, theologians, scientists, leaders, and guides journeyed into the wild to cross-pollinate ideas, share fellowship, restore their souls, and explore how they could uplift humanity.

They intended to buy the land and return, but the Philosophers Camp never happened again, disrupted by the Civil War. Thirty years later, Stillman returned to find the site had been destroyed by tourists.

Just miles from the original site, a modern-day Philosophers Camp is growing, re-imagined for our increasingly complex and accelerating society.

You have the opportunity to step into this mythic energy, to stand on the work of masters who came before you.

The 100 acres where the Camp is held has been purified and magnified. It is a beacon of light. Shamans, energy healers, and spiritual leaders are drawn to this land and walk it with their "robes of light", awakening and installing palpable and accessible energies that support deep inner work.

We invite you to contact our Philosophers Camp Team at: CamperCare@PhilosophersCamp.com